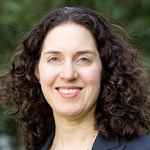 While still a long way from becoming law, the far-reaching “For the 99.5 Percent Act” introduced into the U.S. Senate could have a considerable impact on generational wealth transfer, and thus on estate planning. The legislation includes a number of provisions that would affect everything from estate tax exemptions, to gift tax rates, to how trusts are structured. The name of the Act, according to one of its sponsors, Sen. Bernie Sanders of Vermont, is in reference to the estimated 99.5 percent of Americans who would not be affected by changes to the estate tax system.

But what about the 0.5 percent who would be impacted? Among the most significant changes the Act would make on the estate planning landscape include:
What You Can Do

The For the 99.5 Percent Act has a long way to go in Congress before becoming law, although it does fit in with the changes discussed by President Biden during the campaign. However, it does not appear that the changes, if enacted, would be made retroactive. The Act, as written, is slated to take effect on January 1, 2022.

Although this is almost immediate in terms of tax legislation, it does give taxpayers who might be impacted by the Act a limited time to take advantage of higher exemptions, GRATs and other wealth transfer techniques that could be impacted by the legislation. Those potentially affected should work with their trust and estate advisors to evaluate the potential impact and complete such transactions in the near term, before tax legislation imposes limits on many of these wealth transfer opportunities.

Melissa E. Sydney is a Partner and Chair of the Estate Planning & Administration practice group at Tarlow Breed Hart & Rodgers, P.C. in Boston, Mass. Attorney Sydney can be contacted at (617) 218-2031, or via email at msydney@tbhr-law.com.